Intensive agricultural activity over large areas in the world, which is necessary to meet the increasing demand of a growing human population, may lead to biodiversity loss. This loss may be mitigated by keeping natural and semi-natural patches within agricultural fields to allow the maintenance of biological diversity (‘Wildlife Friendly Agriculture’).

We have conducted our study in an agroecosystem comprised of small isolated patches nested within agricultural fields. This research suggests that plans for Wildlife-Friendly Agriculture for biodiversity conservation should consider also potential negative effects, such as the ecological trap effect.

We studied the influence of agricultural villages on space-use patterns of golden jackals (Canis aureus Linnaeus) in the Mediterranean region of Israel.

Villages in our research area attract jackals due to poor sanitation conditions in and around villages. As resources in these villages are abundant and predictable, we expected that pace-use patterns of jackals near those villages, including home-range characteristics and movement paths, would differ from those of jackals inhabiting more natural areas.

However, jackals near villages moved as much at night as did jackals in more natural areas, although movement was in a less directional manner. Changes in distribution and predictability of resources due to anthropogenic activity affect not only the home-range size of jackals, but also how they utilize and move through space.

This survey is intended to produce an urban picture of the natural infrastructure in the city of Arad. This was done by building a database of updated data of the city’s natural systems, and its integration into the municipal information system. This will enable understanding of spatial nature of the natural infrastructure in accordance with the urban context in which they are located. Based on this information base, it is possible as part of a separate phase of the survey, to construct a master plan for municipal urban infrastructure in Arad. Using accessible information, it will be possible to preserve the variety of species in the city. The information must be available to all parties Related to the planning and development process of the city, directly and indirectly. In addition, information is produced as part of a survey This can be an essential tool for connecting the field of education and the welfare of the residents with the urban infrastructure.

Ecological Effects of Afforestation in the Northern Negev

This document analyzes the ecological implications of afforestation in the northern Negev considering the large-scale afforestation activities in this area in recent years and aims to facilitate an open public debate concerning the environmental aspects of these activities.

Ecological Survey of the Shariah Forest

Ecological Rehabilitation of Violated Areas in the Hyper-Arid Desert

This survey presents issues related to soil and biological soil crust. This as an important element for the entire ecosystem. Soil and rain run-off are joined together, and damage to one may lead to the ecosystem’s dysfunction. Since these cannot be separated from the plant community, a brief discussion will be held on its rehabilitation. This reflects an approach that combines soil, water regime and vegetation. Thus, issues related to soil, biological soil crust restoration, and planting activities aimed at establishing a plant community. 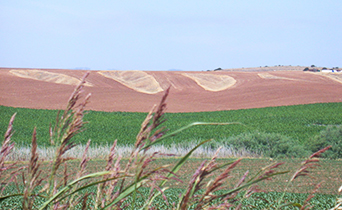 Natural patches within the agricultural system – are they jump stones?

Intensive farming can damage biodiversity. One of the approaches to mitigating this vulnerability is ‘nature-friendly agriculture’ which advocates the preservation of natural patches within the agricultural system. In this study, we examined the hypothesis that natural patches are a source of reptiles in the fields, and that movement from the fields to the patches allows the patches to be used as “jump stones” between natural areas, thereby mitigating the effects of natural area fragmentation. 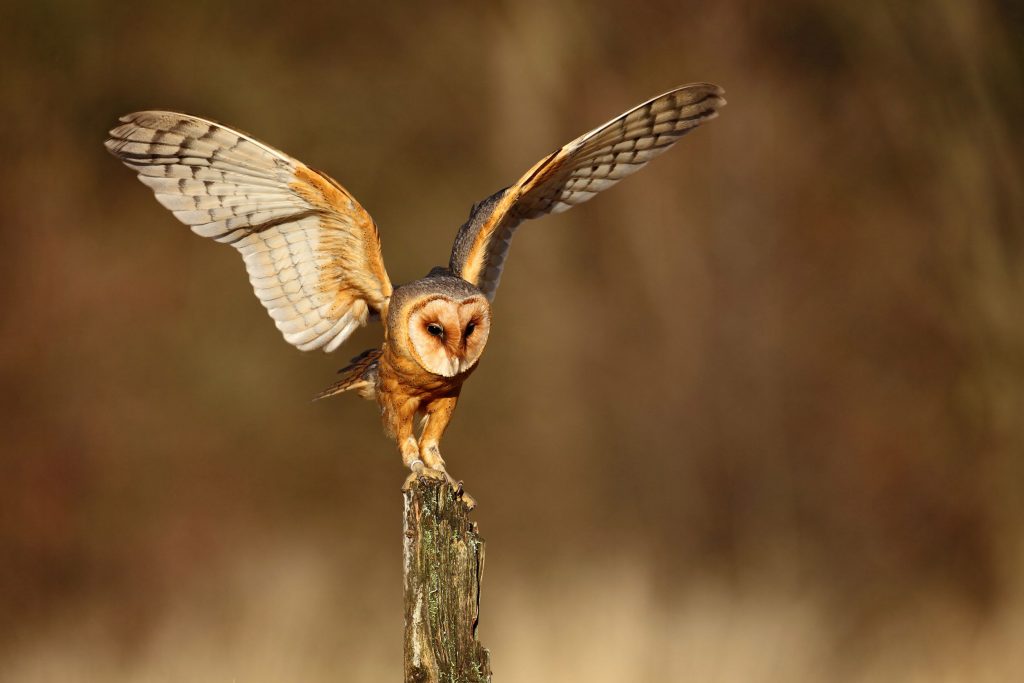 Wildlife-friendly agriculture strives to use natural agents for biological pest control. The practice of using barn owls (Tyto alba) for biological pest control started in Israel in 1983. This practice proved to be efficient and profitable for the farmers and significantly brought down the use of pesticides. Consequently, the practice was adopted throughout the country. Since 2008 it is implemented in Southern Judea Lowlands landscape. Given that not a single study investigated the foraging behavior and diet of barn owls in this landscape, the effect of the barn owls on the natural habitats’ communities needs to be tested. 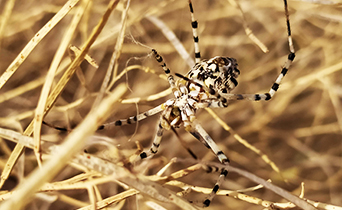 Ongoing restoration on phosphate open-pit mining fields. What can we learn from the arthropod community? 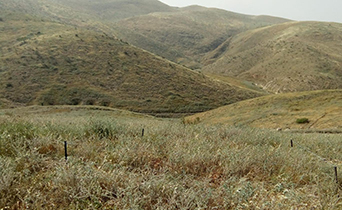 Grazing effect on the plant species community composition depend on climatic conditions, grazing intensity and grazing history. Grazing is a common practice used by the Negev desert inhabitants for thousands of years. In those areas, plant species co-evolve with grazing pressure, and therefore, developed traits which enable them to survive it. Introduction of grazing in areas without grazing history, the local plants communities may result in a decrease in species richness, abundance and diversity. One of the problems of The Nature and Park Authority, responsible of nature conservation, deals with in the northern Negev is the uncontrolled grazing areas. 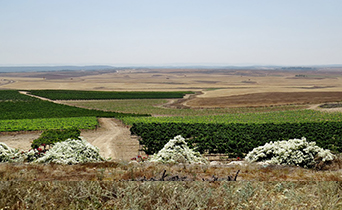 Environment Supporting Agriculture in the Area of the Yoav Regional Council: Integrating Existing Knowledge and Establishing a Multi-Purpose Forum for Sustainable Implementation

This combination of many agricultural areas near and adjacent to fellow land areas, which contain the highest ecological values and biodiversity, places the council and farmers in charge of maintaining and protecting the biological system. One aspect of this responsibility is an agricultural management plan while implementing and using environmentally friendly farming tools. During 2017, we started together with Mayor, Dr. Mati Tsarfati, and with farmers and council residents, in a process aimed at building an operative toolbox based on agricultural activities in the field to help the Regional Council promote ecological farming processes. 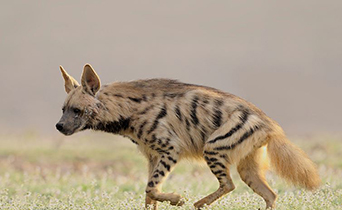 Estimating key state variables (e.g., abundance/density) of threatened/endangered species is a difficult yet crucial task. These variables are essential for wildlife conservationists/managers to assess the current states and trends of target populations and make state-dependent management decisions. We estimated, using camera traps and two different methodologies, the abundance of the near-threatened striped hyena (Hyaena hyaena) in the Negev Highlands, Israel.

Ramon Crater Nature Reserve (RCNR), in the Negev highlands, represents one of Israel’s most isolated wilderness areas, and is Israel’s largest nature reserve (1,100 square kilometers). This public land is protected by law and managed by the Israel Nature & Parks Authority (INPA). The Ramon Crater Nature Reserve is designed to protect the Ramon Crater, the largest of the three erosion craters (geologically termed Maktesh), uniquely formed in the Negev desert of Israel. The Ramon Crater is 40 kilometers long and 2 to 10 kilometers wide, shaped like an elongated heart. It contains geological formations unparalleled elsewhere in the world. Together with magnificent panoramic views, it presents a fascinating story and an important natural laboratory of geomorphologic evolution. Its remoteness and Genesis-like landscape attracts numerous visitors, who can enjoy a variety of geological phenomenon and archaeologists’ sites. Its location far from big cities offers not only an exceptional daytime visiting experience, but also a unique nighttime experience, when the extraordinarily clear night skies can be enjoyed at their fullest. 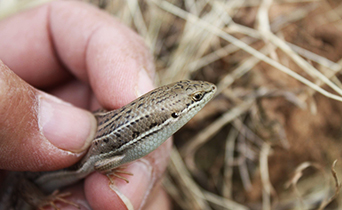 Grazing plays an important role in shaping ecological communities in human-related ecosystems. Although myriad studies have explored the joint effect of grazing and climate on plant communities, this interactive effect has rarely been studied in animals. We hypothesized that the effect of grazing on the reptile community varies along a climatic gradient in relation to the effect of grazing on habitat characteristics, and that grazing differentially affects reptiles of different biogeographic regions. We tested our hypotheses by collecting data on environmental characteristics and by trapping reptiles in four heterogeneous landscapes experiencing differing grazing intensities and distributed along a sharp climatic gradient. We found that while reptile diversity increased with grazing intensity at the mesic end of the gradient, it decreased with grazing intensity at the arid end. Moreover, the proportion of reptile species of differing biogeographic origins varied with the interactive effect of climate and grazing. The representation of species originating in arid biogeographic zones was highest at the arid end of the climatic gradient, and representation increased with grazing intensity within this area. Regardless of the climatic context, increased grazing pressure results in a reduction in vegetation cover and thus in changes in habitat characteristics. By reducing vegetation cover, grazing increased habitat heterogeneity in the dense mesic sites and decreased habitat heterogeneity in the arid sites. Thus, our results suggest that the same direction of habitat alteration caused by grazing may have opposite effects on biodiversity and community composition in different climatic contexts. 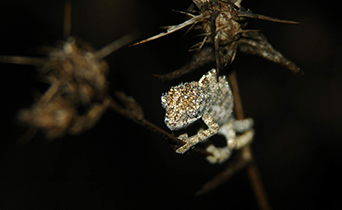 We invite you to fill in the form,
send it to us, and we will contact you.